Pianist records transcriptions of Beethoven and Bach, alongside Busoni, Berg and Barber

Emphasis on the new at ROH season launch

The Tallis Scholars currently hold two places in the UK Classical Charts thanks to the success of Fifty Shades Of Grey.

Missing: An American composer’s baton and some of his scores

Police in the Philadelphia area are on the lookout for the missing baton of Victor Herbert, composer of Naughty Marietta, cellist in the New York Philharmonic and inspiration of Dvorak’s great concerto.

An open letter signed by 100 of Scotland’s most respected artists has been published in the Scotsman, expressing ‘dismay at the ongoing crisis at Creative Scotland’, the national arts quango which has been under fire for its revamped commissioning processes and a lack of transparency.

L.A. Phil President Deborah Borda says that L.A. Phil Live was unable to get a sponsorship and that the orchestra is considering future one-off presentations.

Children of Cairo get classical 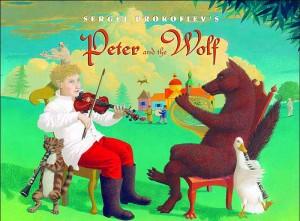