A new series of concerts, The Bristol Proms, have been unveiled, and will feature performers including Nicola Benedetti and Daniel Hope.

Around the World In 18 Tunes – the performance

All the performance pictures from the Armonico Consort’s ‘Around The World In 18 Tunes’ concert, featuring 1,200 school children from all over the country, and Russell Watson performing ‘You Raise Me Up’.

New book on Soviet composer’s family will show how his wife was abandoned, tortured by Stalin’s police and sent to the gulag

Some say he represents the very worst of manufactured teenage pop music. Others say his scraps with paparazzi photographers and late arrivals to concerts are brattish.

It’s a bouquet of 3D film, opera, and electronic music

Almost half the musicians in the Vienna Philharmonic during World War II were members of the Nazi party, new research has revealed.

A Polish official says a suspect has been arrested in the killing of a young female harpist and a security guard in the building of a philharmonic in western Poland. 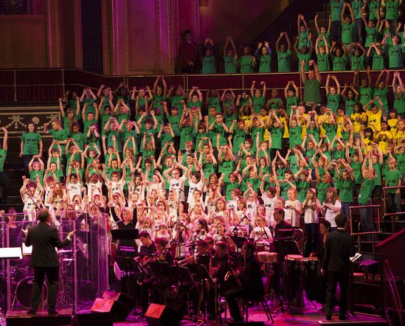