Opera world hits back over criticism of cinema screenings

A claim by John Berry, the artistic director of the English National Opera, that opera is harming itself by screening live performances at cinemas has been queried by other arts organisations.

George Benjamin: a life in music

Benjamin talks about his career and what might lie behind this lack of public appetite for anything resembling contemporary music.

Some of Duchen’s highlights of days past and the weekend ahead.

Why do conductors collect all those awards?

Jiri Belohlavek has been made an honorary Commander of the British Empire (CBE) for his services as chief conductor of the BBC Symphony these past seven years. That’s fairly low down the honours list as these things go.

Which world famous conductor was middleman for jailed violin dealer?

Dietmar Machold, the Austrian violin dealer with a taste for fine castles, had his bail application rejected again this week.

Düsseldorf Opera has run out of cash and faces closure. Cologne has sacked its artistic director after he threatened to suspend the next season. 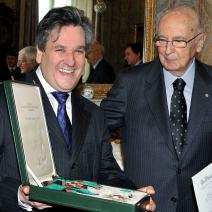