Spotlight on Safety for Shows Outdoors

Jim Digby, the tour manager for Linkin Park, knows better than most how dangerous a rock ’n’ roll show can be, after a piece of equipment he was operating came off a faulty overhead track, plummeted toward the floor and killed a young woman standing just a few feet from him. During the past year he has organized a campaign to improve safety at outdoor events.

Britten’s Peter Grimes to be performed on Aldeburgh beach

The Paralympic Closing Ceremony featured a performance from Charles Hazlewood’s British Paraorchestra, who played alongside Coldplay.

The Atlanta Symphony Orchestra and its musicians are at an impasse, pushing the musicians to go on strike. The symphony is facing a $20M budget deficit, and it’s seeking millions in concessions from the musicians. Both sides say they want to reach an agreement, but they’ve left the bargaining table putting the orchestra’s 68th season in jeopardy.

Regional music education hubs, the new infrastructure for music education in England prescribed by the government’s National Plan for Music Education, have come into operation.

Classical music for September 11: a tribute to the victims

Five American composers respond to the tragedy of 9/11 in different ways.

The BBC dedicates 2013 to the life and work of Benjamin Britten. 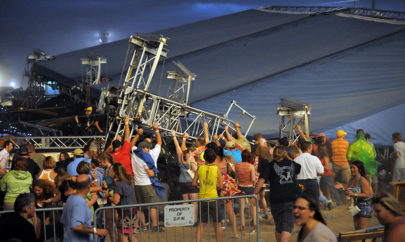