Mark Elder, Tamsin Little, Sarah Connolly and more pick the Proms 2012 they are most looking forward to.

‘Ow’ Liza and the BBC Proms is doing ‘My Fair Lady’?

Eliza Doolittle will screech in Cockney and sing posh as the quintessential London musical “My Fair Lady” makes its BBC Proms debut on Saturday in a lavish production that owes a debt to Hollywood.

The BBC Proms kick off tonight at the Royal Albert Hall with a world premiere performance by the BBC Symphony Orchestra of Mark-Anthony Turnage’s Canon Fever.

Happy returns for Glassmost took place recently with a performance in Times Square. His 1997 opera “Monsters of Grace” was reworked into a piece for soloist and an  eight-part chorus commissioned by NPR.

It was only a matter of time before a label locked on to Yannick Nézet-Séguin, the first Canadian conductor to achieve international renown. 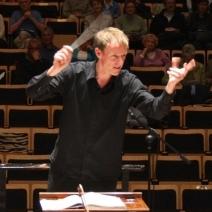