Classical music could ease the ‘dog’s life’ of kennels

Playing classical music to dogs housed in kennels on either a temporary or permanent basis results in them spending more time sleeping, and less time vocalizing, report researchers.

The Times of India

Vienna Boys’ Choir back in the UK

One of the world’s original boy bands, the famous choir are preparing for their UK tour, marking their return to Britain after a ten year absence.

Opera workshops with homeless people in Cardiff are to be held in a collaborative venture between the Welsh National Opera and Streetwise Opera.

The classical singer was forced to cancel her two UK headline performances in Ipswich and London after falling ill on Monday.

Camille Cruz’s purple violin caused controversy at Tibbits Middle School in Farmington N.M., when her teacher asked that she rent a standard violin so she could fit in with the class. 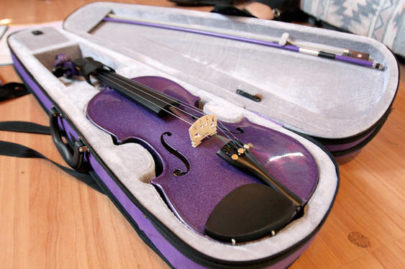