Vincent LaGuardia, 68, the longtime conductor of the Arapahoe Philharmonic, collapsed during a performance of Bach’s “Toccata and Fugue in D minor” at a concert in Colorado. He later died, officials said.

For Sale: All You Need To Stage Your Own Opera.

After 20 years of producing operas in stadiums, arenas and other unusual venues around the world, Companions Amsterdam is putting away its songbooks and shutting up shop for the last time, after its retiring director, Peter Kroone, failed to find anyone to fill his shoes.

Tony Hall: The Man With A Front Row Seat In Our Arts Establishment.

From the Royal Opera House to C4 and the Cultural Olympiad, Tony Hall discusses his rewarding roles with Ian Burrell.

A string quartet will take to the skies and perform in four helicopters as part of Olympic Festival.

Portrait Of The Artist: Mitsuko Uchida.

‘A French critic once said I played like a sewing machine. I’ll always remember that’.

The Hungarian State Opera Takes It To The Runway.

In anticipation of an upcoming production of Strauss’ Arabella, the Hungarian State Opera took the Strauss opera off-stage and onto the runway, where costume designer Rita Velich’s works were shown in anticipation of the March 17 opening night.

Riccardo Chailly has been told by his doctors to space his year out better. So he has pulled out of Ariadne auf Naxos at Salzburg, making way for lovely Daniel Harding. 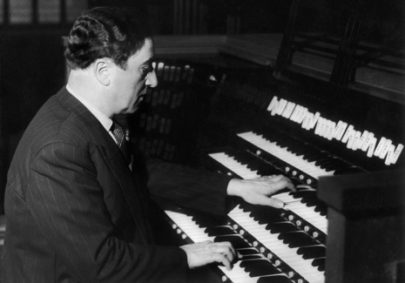