14th May: Glyndebourne, the Aldeburgh World Orchestra and Jonathan Dove

Kermit the frog joins the chorus – in ‘Caligula’

Glyndebourne – Singing for their supper

Tickets for Glyndebourne aren’t cheap but the festival is continuing to attract visitors with a seductive, world-class programme that plays it safe.

The opera, conducted by Gustavo Dudamel and with design by Frank Gehry and Laura and Kate Mulleavy, is a semi-stage production.

The Corner of Falstaff and Zerbinetta

The Metropolitan Opera has 1,024 identically framed images on its Wall of Fame.

Formed via YouTube, the Aldeburgh World Orchestra is comprised of instrumentalists from more than 30 countries.

A Sussex cellist – half-Dutch, half-Swiss – ran away tonight with the career-making BBC Young Musician of the Year, cresting to triumph on the Walton concerto.

As of this weekend, you can follow the trail of all the great composers who were born, studied, lived and worked in Leipzig. 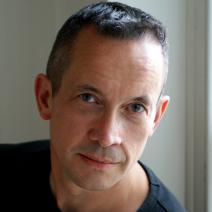