Nigel Kennedy has lashed out at the music industry and says that they do not develop their artists anymore.

Rock star concert pianist James ‘Jimmy’ Rhodes is glad London 2012 is over so he has more time to practice.

The couple that won £148m in his week’s Euromilions jackpot plan to put some money into their music shop business.

Nominations for soundtrack composers are announced for the 12th annual World Soundtrack Awards.

Hot News from the Heimat: Classical sales and subscriptions up across Germany

The German Orchestra Society has just reported a record season for ticket sales.

Friends of Marvin Hamlisch have gathered in New York to pay respects to the composer,who dies last week.

Nicholas McCarthy graduates from the Royal College of Music. 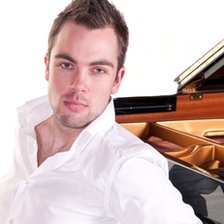