The glories of Nazism and meaning what you sing

Someone asked a while ago on this blog whether it made a difference to a performer if he or she ‘believed’ the words they were singing. It is a fascinating question and the issues are complex.

An Edward Elgar manuscript that dates back almost 90 years has been found in a ‘dusty’ folder in a council building.

Music to snooze by for the Queen’s Diamond Jubilee

The plans for the river pageant are an embarrassment

What doesn’t kill you will make you fat, the Venezuelans are said to joke.

Preston prepares for its unique Guild 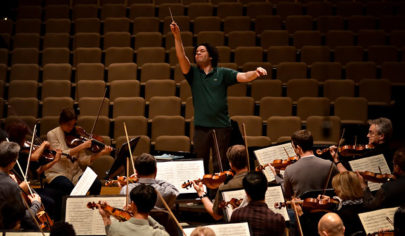