In a rare interview, José  Antonio Abreu talks about his passion for Venezuela’s extraordinary musical programme that gives children a route out of poverty.

Spectrum Road will explore the music of Tony Williams’ Lifetime at the Playboy Jazz Festival at the Hollywood Bowl.

The Academy of Ancient Music has published a video of its performance of Handel’s Water Music in the Royal Flotilla.

Wales thinks it has found the next Bryn Terfel

You’d expect the Welsh to be first to put up a candidate for next year’s Cardiff Singer of the World content and, sure enough, their man is on the starting line while other nations are still stuttering in rehearsal rooms.

The American Symphony, at 50, Harcks Back to Stokowski

When Leopold Stokowski formed the American Symphony Orchestra 50 years ago, he wanted to create, in part, a training ground for young musicians.

Chief cultural critic Richard Morrison on the classical music and opera he is most looking forward to.

Bach cantata manuscript sells for £337,250 at Christie’s in London

Missy Mazzoli has been selected as the second Composer-in-Residence of the Opera Company of Philadelphia, in collaboration with Gotham Chamber Opera and the Music Theatre Group in New York. 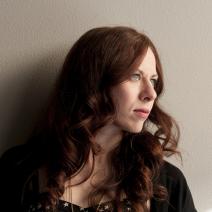