Nigel Kennedy has confirmed plans to tour the UK in April and May 2013.

He has raised 20 million Euros from the German Bundestag and another 8.5  million from private donors.

The Johannesburg Philharmonic gives its last concert tonight before closure. It has been placed under bankruptcy protection and is emitting airy talk of reorganization.

A famous quartet is silenced by a musical thief. Your help is urgently required

We’ve just had a call from the organisers of the Brodsky Quartet’s 40th anniversary tour of Holland.

LORD Patten has wasted no time in searching for a new BBC boss. He is believed to have sounded out Royal Opera House chief Tony Hall.

For opera lovers, the Arena di Verona offers the most dramatic setting for a truly memorable evening. 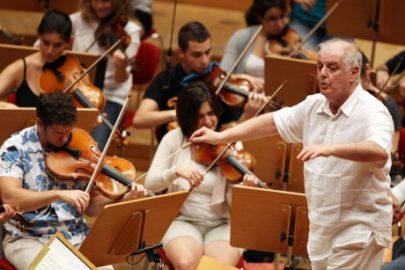