Live concert recording, conducted by Tugan Sokhiev, will be released on the Audite label

John Pearson, supported by Time Out backer, understood to have been close to a deal but baulked at asking price

The music industry does not want to lose its high street presence according to music business news service Complete Music Update.

Good news for pushy parents. If you want your child to excel musically, you now have better justification for starting their lessons early.

Naxos: The Little Record Label That Could (And Did)

This past year was a good one for Naxos Records. 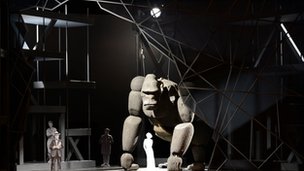