Eiko And Koma Talk About ‘Fragile’

A performance of relentless stillness, with live score.

Gavin Plumley on the Wiener Philharmoniker.

Out of 185 performances in this year’s Edinburgh International Festival, 51 are concerts, almost 3,000 artists are involved and 47 nationalities will be represented on stage.

Ross McInroy is the Scottish Opera’s bass chosen for The Rake’s Progress and Tosca.

Another Bad Modern Opera At Covent Garden. Why Is The Royal Opera House Allowed To Throw Money Away?

You know how it is: you wait for one bad opera, then three come along at once, according to Igor Toronyi-Lalic.

BBC Radio 3 is devoting an entire week to Schubert. He’s just the composer for these tough times, says Jessica Duchen.

ABT discusses its sponsorship program in the April 2012 edition of Town & Country and profiles some deep-pocketed philanthropists who sponsor ABT dancers.

Word is out that the Futureheads, a post-punk band, have recorded a tribute version of the oldest known song in early English, Sumer Is Icumen In.

No one today has better mastered the art-form of marrying words and drama to music, and keeping that essentially operatic ideal alive in a broader public consciousness. 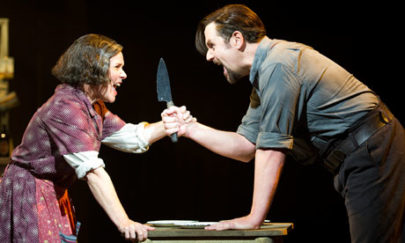