Alexandra Conunova-Dumortier and Dami Kim each receive €50,000 and a Naxos CD recording

Legendary pop song composer Neil Sedaka has composed a piano concerto, included as a bonus track on his latest album.

As Frederick Delius approaches the 150th anniversary of his birth, Classic FM chats to Chetham’s Director of Music Stephen Threlfall about the celebrations he is curating to mark the occasion.

Have you been to IKEA on a weekend? If so, you know about the crushing crowds, the slow march through winding pathways until you find the perfect piece of build-it-yourself furniture for your crappy apartment…

The benefits of a classical education at Highbury Grove

Another US orchestra votes to strike

The players in the orchestra and the opera house have been asked to take a 15 percent pay cut, on top of previous reductions.

The iconic opera house takes the name of the legendary soprano who called it home.

Playing With The Audience

Over the years I’ve heard so many comments from various pundits that the so-called concert music community (whether it’s classical, opera, or new music) needs to more effectively engage audiences. 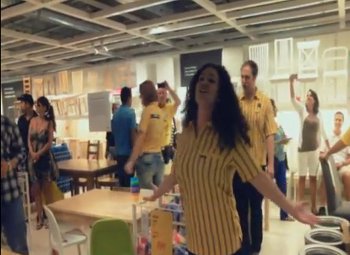