The most sought-after conductor of the moment renews his contract with the City of Birmingham orchestra.

In Atlanta, the orchestra is shamed at a pantomime concert

Crisis-Ridden Atlanta Symphony Orchestra was obliged to mime to a pre-recorded track for the synthetic vocal group Il Divo.

The Belgian Frie Leysen has been appointed head of theatre at the Vienna Festival.

New Order’s ‘Blue Monday’ has been given a Welsh choral makeover thanks to the Brythoniaid Welsh Male Voice Choir.

Poet Laureate Carol Ann Duffy is writing her first ballet, a version of the ‘Rapunzel’ story, in collaboration with Sadler’s Wells theatre company.

A series of unique collaborations takes place across North of England

All the Best: Carlos Kleiber

A look at the recorded legacy of conductor Carlos Kleiber, whose studio and live performances reveal his charismatic force.

ELizabeth Davis talks to one of the greatest performers of the Afghan rubab. 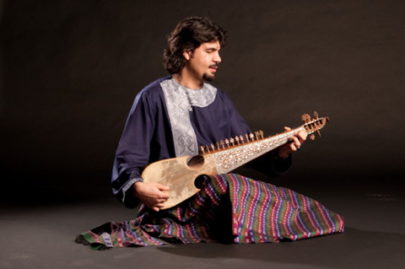