Breaking: Swiss orchestra chief is gone almost before he got going

In Salzburg, Pereira’s not resigning after all

After threatening to quit over budget rows with the local authorities Alexander Pereira remains the Salzburg Festival director.

Six million viewers tune in to watch televised concert performed by the BBC National Orchestra of Wales during its two-week tour in China.

A guide to Pierre Boulez’s music

Tom Service guides us through the music of Boulez 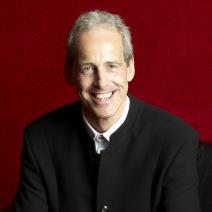