17th May: Magdalena Kožená, Simon Halsey and the Lufthansa Festival of Baroque Music

Magdalena Kožená: ‘I’m not scared of the big maestro’

What’s it like to sing Carmen when your husband is the conductor? Magdalena Kožená reveals all.

The jazz trumpeter, band leader and composer Terence Blanchard is composing an opera based on Griffith’s life called “Champion,” with a libretto by the playwright Michael Cristofer.

Maria Bieshu, the Moladvaian soprano who commanded the Scala stage and many others as Madam Butterfly, died today at the age of 76.

Echoes of the Quartet for the End of Time

This year’s Lufthansa Festival of Baroque Music takes as its theme the great sporting event.

Conductor takes up the role in August 2012. 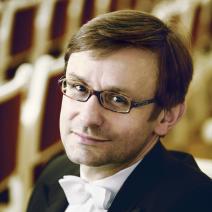