Radiohead guitarist and composer Jonny Greenwood has posted online from his rehearsals with the Australian Chamber Orchestra, contrary to reports from Sao Paulo saying that he had fled to Brazil to await the Mayan apocalypse.

The English Symphony Orchestra has named their new Artistic Director, who replaces the late Vernon Handley.

Royal Philharmonic Society: ‘the conscience of the classical music industry’

The Sydney Opera House will live stream 20 performances over a two-year period straight to YouTube, thanks to a new partnership.

It’s catching on! Now Chicago has an airport pianist

After yesterday’s discovery of a homeless piano player inside London’s Eurostar terminal, a young man, identity uknown, has taken up resieence beside the check-ins at Chicago’s O’Hare international airport.

Universal restructures its German classical chief out of a job

Christian Kellermann, head of Universal Classics and Jazz in Germany, will be leaving the company next April.

Britten’s got talent: The celebrations for the centenary of Benjamin Britten will span the globe

What Ever Happened To The Classical Christmas Album?

Is it just me, or does it seem like Santa is delivering far fewer classical Christmas albums these days? Decades ago, many of the top opera divas — from Renata Tebaldi to Joan Sutherland — released Christmas records. 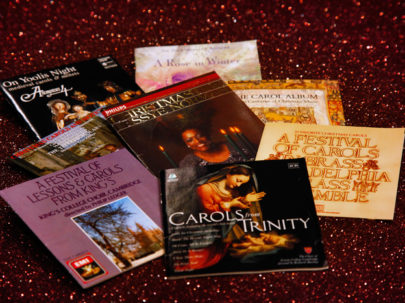