It has musicians in helicopters and in mid-air, seagull noises and a camel. Neil McCormick looks forward to Stockhausen’s Mittwoch Aus Licht in Birmingham.

The Hallé Orchestra has partnered with Manchester Airports Group for a tour to China aimed at strengthening links to the north west.

Children to compose for Wallace and Gromit

Puppets, forgotten instruments and user-friendly Bartók featured in the venue’s sampler of this season’s attractions

SCOTS composer John Lunn has been recognised in the US by the Primetime Emmys for his contribution to the worldwide Downton Abbey phenomenon.

Trouble In The Twin Cities: Two Orchestras In Labor Disputes

The Minnesota Orchestra may go on strike after management proposed to cut musicians’ salaries by 28 percent.

Sending up Star Wars, The Bourne Identity and Coldplay has landed the goofy duo a record deal 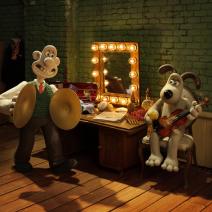