André Rieu’s European tour has been named as the second most popular tour in the world this week, beating artists like Jennifer Lopez and Justin Bieber.

From 3pm-5pm on 29 & 30 December, Welsh tenor Wynne Evans will present two special programmes dedicated to the world of opera.

As the Year of Creative Scotland rumbles towards its end, the problems that have dogged the Scottish arts funding body for several months persist, as several recent developments have shown.

Improvisation, With Prompting to Set the Mood

On a recent rainy afternoon, I was sitting at an old-fashioned desk in a bare concrete loft in Greenpoint, Brooklyn, listening intently to the members of So Percussion, joined by Grey McMurray on electric guitar, rehearse a composition called “Toothbrush.”

15 minutes into Nutcracker, the conductor fell ill. Who stepped in?

Fifteen minutes into a performance of Tchaikovsky’s Nutcracker, the conductor was too unwell to continue.

Konzertdirektion Schmid is losing v-p Burkhard Glashoff, who looks after orchestral touring. Cornelia Schmid will add those responsibilities to her already groaning pile of emails.

A seasonal hit can really lay a musician low

Howard Blake has written an oratorio and numerous concertos,but you don’t hear them on Radio 3 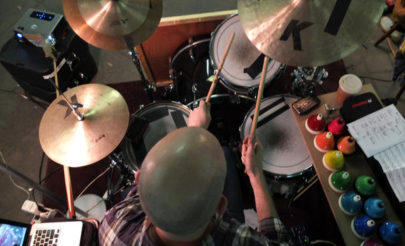