Beecham’s noise is always a sheer pleasure to hear

A guide to Arvo Pärt’s music

The deeply spiritual composer who found his own musical language with a love of every note at its heart.

London Philharmonic Orchestra to perform live at the Royal Academy

The first symphonic concert to take place in the Royal Academy of Arts’ courtyard will be live-streamed at the Guardian.

BBC decides to keep all its orchestras and performing groups

The nervously-awaited BBC review of its orchestras and performing groups landed today and the outcome is much better than some feared.

Some eye-popping statistics from the BBC orchestras report

Try this for size: the average annual spend of a BBC orchestra is £6.1 million, compared to £9.7 million for independent orchestras funded by the Arts Council.

A Venezuelan is rising Down Under

The Queen’s Birthday Honours list has been announced, with opera director David McVicar awarded a knighthood and CBEs going to composer Michael Berkeley and Harry Christophers.

Bill Cosby wraps up his final Playboy Jazz Festival as emcee, saying it’s time for someone with ‘a newer voice’. Attendees say they’ll miss him.

Sir Andrew takes up the position for four years, starting in January 2013. 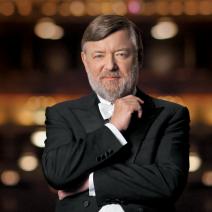