‘Opera virgins’ lured by scheme for first-timers at Coliseum

The Queen’s concert is hit by discordant note

The Queen’s Medal for Music gala concert is due to provide a fitting send-off to the Diamond Jubilee, but one of its stars will be missing.

András Schiff: climbing two Himalayan peaks one after the other

Virtuoso pianist András Schiff is tackling Beethoven and Bach cycles in the toughest challenge of his career, says Ivan Hewett.

Sistema Scotland’s new project in one of Glasgow’s most deprived areas has been awarded £1.325m from the Scottish government.

The photograph that you see below has been sent to Slipped Disc by Neil van der Linden,  a Dutch colleague who helped organise a music school in, or very close to, these premises six years ago. The building collapsed after repeated shelling.

Nicola Benedetti: The ‘classical babe’ with a cause 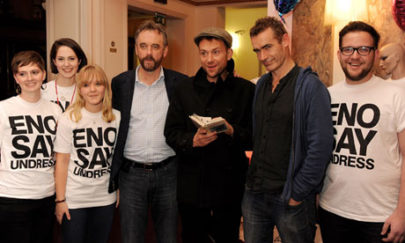