20th Feb: Peter and the Wolf, String quartets and classical music taken out of its comfort zone

It is one of the most controversial musical works ever written, described by critics as “anti-Semitic” and “romanticising terrorism”.

Actor Mackenzie Crook will narrate the Prokofiev children’s classic Peter And The Wolf with the Aurora Orchestra.

Katherine Jenkins, the Classical singer, reveals she has no intention of giving her former fiancé Gethin Jones a mention in her memoirs.

Conducting with kisses and fluttering eyelashes

What the orchestra sees, or ‘The Dancing Conductor’.

Sir Mark Elder on his Gramophone Hall of Fame choices

There’s still time – just! – to cast your own votes

String quartets: ’til death us do part?

Many of the most successful string quartets play together with the same lineup for decades. But what happens when one of the four moves on? 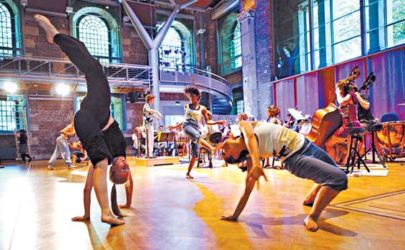