John Williams to be honoured at Classic BRITs

Williams will be given the Lifetime Achievement Award alongside performances from Andre Rieu, Nicola Benedetti and Andrea Bocelli.

Rebecca Franks talks to the British clarinettist on his latest album.

The Doctor who has put Atlanta into intensive care

‘Stanley Romanstein likes to be addressed as Doctor’

‘While the music world fiddles the summer away, a conductor has been held hostage in Mexico for more than a year…’

Japanese supporters of Yuzuko Horigome have launched a Facebook petition in an effort to persuade the German Customs authorities to give her back the precious Guarnerius they seized at Frankfurt last weekend while she was in transit from Tokyo to Brussels.

Good News: Charles Ives’s house ‘will be saved from demolition’

The fight to save the heritage home succeeds.

An opera with musicians in helicopters and in mid air, seagull noises and a camel. 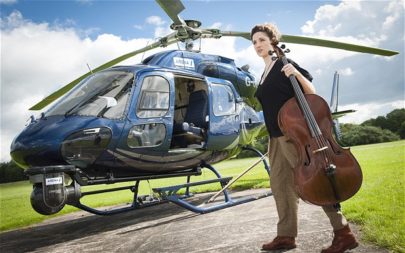