Rock And Classical Music Preview Of The Year.

Telegraph critics pick the best rock and classical music from January until spring.

Beethoven’s Hearing Loss Linked To Lack Of High Notes In His Music.

Beethoven’s progressive deafness shaped his later musical style as he switched to lower notes as he had difficulty hearing higher ones, a study has shown.

Tales Of A King’s College Chorister At Christmas.

The composer Jonathan Willcocks recounts his experiences as a boy chorister in the Christmas Eve service at King’s College Chapel, Cambridge.

BBC Invites You To Join In Surround Sound Experiment.

Hear nine lessons and carols from King’s in surround sound – on standard headphones.

Jessica Duchen: Il Volo May Be Many Things, But Opera They Are Not.

Turning teenagers on to opera, they say. Whatever will those clever marketing people think of next?

A Life In Music: Antonio Pappano.

‘There seems to be a need for a front man for opera and classical music. To get people excited about them is a huge opportunity’ 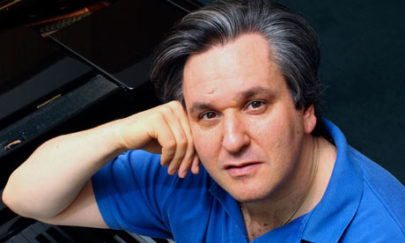