Look for Vegas flash at the Metropolitan Opera next season.

“She was a classically trained coloratura,” Phil Schaap.

The conductor Kurt Masur, 84 and increasingly frail, has withdrawn from performances of Beethoven’s “Missa Solemnis” with the Boston Symphony Orchestra.

Jessica Duchen went to have a sneak peek behind the scenes at the Royal Opera House the other week, where they were rehearsing Rusalka

Why Oramo is great news for the BBCSO

Conductor Sakari Oramo will raise the BBC Symphony Orchestra’s game and put a smile on their faces, writes Fiona Maddocks.

The TV and radio sports presenter gets ready to make his conducting debut with the BBC Philharmonic.

Lorin Levee, the principal clarinetist with the Los Angeles Philharmonic, has died at age 61, the orchestra announced Thursday. 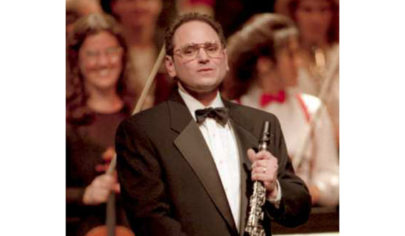