‘Singsmash’ a new app for iPhone and iPad promises to make learning scales and music theory fun for musicians.

A public protest at Katherine Jenkins

Sad News: A trail- blazing horn is gone, too soon

Mary Knepper, an American horn player in the English Chamber Orchestra has died at the age of 63.

Dallas plucks its new boss from the boondocks

Jonathan Martin is announced as the new president of Dallas Symphony Orchestra.

The Great and the Good

Mark Wigglesworth discusses if it is possible to define truly great performances from merely very good ones.

‘You have to be strong’

Conductor Marin Alsop shares how she is trying to help women make it to the top in a male-dominated profession.

How we made: Franco Zeffirelli and John Tooley on Tosca (1964)

The director and assistant general administrator of the 1964 production of Tosca in which Maria Callas and Renato Cioni starred talk to The Guardian’s Anna Tims. 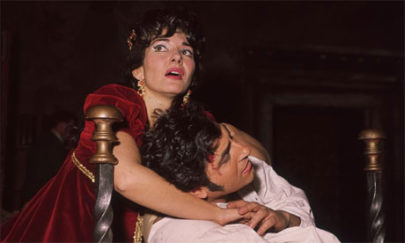