What is Silent Opera?

A new English version of Monteverdi’s Italian opera L’Orfeo is set to open in London – but audience members going along should expect a very different experience.

What pop music owes to the classical masters

All styles of music feed into each other. Which is why Adele’s songs owe everything to Schubert and sampling wouldn’t exist without Dvorák

Choreographer Benjamin Millepied, who met his wife Natalie Portman on the set of Black Swan, has been made director of the Paris Opera Ballet in a surprising move, says Sarah Crompton.

Is it time for players to put away their penguin suits?

Orchestras are being told they must liven up. Ivan Hewett has heard it all before

Why it’s no ordinary encore with Hilary Hahn

Be careful about shouting “encore!” after a Hilary Hahn recital. You may get more than you bargained for.

The second ABO/Rhinegold awards, honouring the backstage talent in the UK’s classical music industry, were announced on 23 January at the Association of British Orchestras conference in Leeds.

Whitacre, Christophers and Mealor among hosts for the choral music showcase

Sound Magic Release Orchestral Strings One For Windows V1.3 And For MAC V1.2

Orchestral Strings One was recorded utilizing the legendary acoustics in the famous Berliner Hall – home of the world class BERLINER PHILHARMONIKER.

News that the global music industry has finally turned the corner and is on the road to recovery should help get the annual four-day gathering of many of the world’s top music execs at the MIDEM trade fair that opens in Cannes Saturday off to a good start. 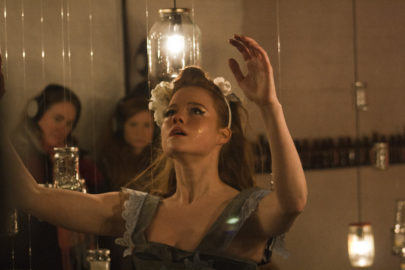