25th March: Sexism in the Arts, Instrument with Lasers and Introducing the Kelstone

It’s a man’s world… but why is sexism ingrained in the arts?

Once again, the top jobs at two major British cultural institutions, the BBC and the Royal Opera House, have gone to male appointees

A Bridge for Two Bicentenary Rivals

Wagner and Verdi are destined to be linked forever, however awkwardly, since they were both born in 1813: Wagner in Leipzig, Germany, on May 22; Verdi in little Roncole, Italy, in the Duchy of Parma, on Oct. 9 or 10.

It’s Marches Madness! Throughout this month, we’re posting some of our favorite marches — from the concert hall, opera stage and parade ground.

THE sound of a violin bow across strings can be exquisite. But bowing well is hard to master. Now that smooth grace is encapsulated in a new kind of electronic instrument.

The essence of the Kelstone is that the hands lie on top of the strings, giving the player enormous new possibilities for harmony and expression 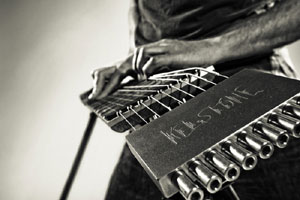