YouTube star and and virtuoso pianist Valentina Lisitsa signs record deal and will play a concert at the Royal Albert Hall.

The Philadelphia Orchestra has laid out its plan to erase debts and cut costs in a major step toward exiting bankruptcy court.

King Priam, a pacifist’s opera, can still shed light on the trauma of war

Half a century after its first showing, Michael Tippett’s libretto based on the lliad is a fitting work for today.

Glenn Dicterow, concertmaster of the New York Philharmonic for more than 30 years, will be leaving the venerated orchestra and joining the faculty of the USC Thornton School of Music in Los Angeles.

Marcelo Lehninger, the young Brazilian German maestro who serves as an assistant conductor for the Boston Symphony Orchestra, has been named music director of the New West Symphony, which is based in Thousand Oaks.

The launch of a weekly classical singles chart, the first of which will be released on 28 May, has been greeted enthusiastically by crossover artists but more sceptically by the core classical sector.

Violinist Anne-Sophie Mutter has been awarded the Atlantic Council’s 2012 Distinguished Artistic Leadership Award, recognising her as ‘one of the most significant leaders of our society’. 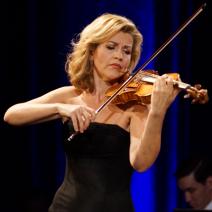