Just how English is English National Opera meant to be?

The English National Opera’s 2012-13 season is exciting and fresh but Rupert Christiansen questions how much actually showcases the best of home music.

Can the English National Opera justify the claims it’s making for this new production of a Pilgrim’s Progress?

First Decca disc to be complete set of the Beethoven sonatas.

The Tokyo Quartet is to disband after next season

4 star review for Orchestra of the Age of Enlightenment

One work was pre-eminent in this rewarding programme of Bach arias and orchestral pieces spiritedly performed by the Orchestra of the Age of Enlightenment directed by Steven Devine.

The singer hopes to return to the stage in June. 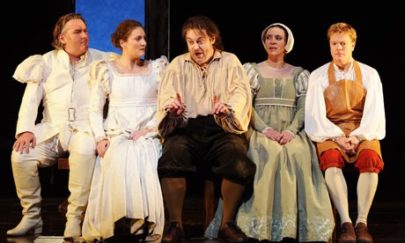