The fantastic Dr Dee: angels, magic and the birth of modern science

As Damon Albarn’s opera opens in London, Carole Jahme wonders why Dee has been written out of the history of science.

On July 7 Frederick Delius’s Hassan is staged in Cheltenham.

English National Opera director Edward Gardner has been named among the Queen’s Birthday Honours list, being awarded an OBE for services to music.

The Arts Council has awarded ‘Catalyst’ awards to a host of music organisations including the Hallé and the Orchestra of the Age of Enlightenment (OAE).

Jean Cox was not the first American to sing at the Wagner shrine but he was surely the first to fly a bombing mission before he took to the stage.

The SCO’s principal cellist prepares for the East Neuk Festival. 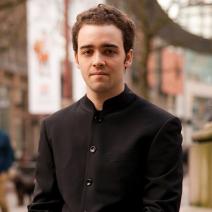