James Gaddarn, who has died aged 87, spent his working life in the service of classical music, particularly choral music.

Jonathan Lemalu: How I Learned To Sing In Chinese

Bass-baritone Jonathan Lemalu loves a challenge, so how did he learn to sing in Mandarin for the premiere of Three Poems by Mu Xin?

The LA And Brooklyn New Music Scenes, Competition Or Love-fest?

The real battleground is inter-borough. The New York Philharmonic doesn’t touch this stuff, according to Mark Swed.

In 1971, the complex, bearing the name John F. Kennedy Memorial Center for the Performing Arts, made its début. But a mist of disappointment soon settled over the building.

Budding librettists are invited to open the competition.

The Italian tenor Vittorio Grigolo loves to mix up his music. 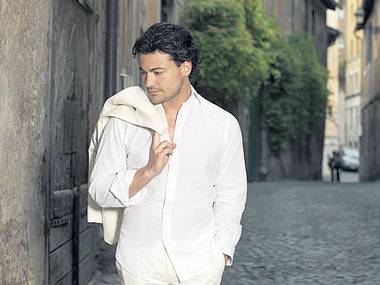