Applause is an essential part of the concert experience

Experts in Austria say they have identified a piano composition that they believe was written by Wolfgang Amadeus Mozart when the composer was as young as 10 years old.

Chetham’s School Of Music Gets A Handsome New Home

Chetham school of music’s new building is something to add to the list of things that should make you proud to be British, writes Rupert Christiansen.

Only Kids Aloud: The Welsh Kids Who Took On The Maestro

When Valery Gergiev needed youthful voices, he turned to Only Kids Aloud

More than one in 10 arts companies who lost all of their core Arts Council of England funding have shut down or are closing, according to research. 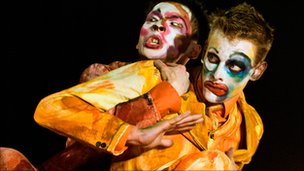