Harrison Birtwistle: the music of myth

Harrison Birtwistle’s music has always drawn on the rituals and stories of English folk. But is the bucolic Latitude festival ready for disembowelling and murder?

‘Wilhelm Furtwangler: The Legacy’ is 107 CDs of musical hypnotism

Africa Utopia is the month-long showcase that its curator Baaba Maal has dreamt for a decade.

Surround Sounds Through the Centuries

The conductor, 79 last week, refused to permit photographs of his facial scratches and bruises but appeared otherwise in good health when he spoke to the Berliner Morgenpost.

This is Li Chuan Yun, also known as  Chanyun Li, who many Chinese think is the country’s violin equivalent to Lang Lang.

Lang Lang contracts out his tweets and facebook page

Fabulous Figaro as Glyndebourne returns to its boots

Seventh production in 78 years a visual and vocal treat. 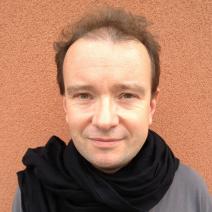