L’Olimpiade is one of Vivaldi’s 50 or so largely obscure operas, most of which have never been performed.

Accordion wrestling – squeezy does it

In the 40s and 50s, accordion wrestling was huge in Finland. Meet the man who brings it here.

A guide to Judith Weir’s music

Lightness, wisdom and imagination. Welcome to the rich musical world of Judith Weir.

Make jokes about flute players all you want, but it’s looking more likely that our earliest musical impulses may have been fed by a variation on just such an instrument.

Johnny Mandel has composed quite a life in music

The songwriter, 86, convenes an orchestra for a weekend gig.

Applications are now open for the 2012/13 Adopt a Composer scheme, which pairs Making Music member groups with up-and-coming composers for a year-long collaboration that results in a new piece.

Young composers Alex Woolf (16) and Benjamin Rowarth (20) have been named the winners of the NCEM Composers Award 2012, in the under 18 years category and the 19 to 25 years category respectively.

Tenor suffering from a kong-running infection. 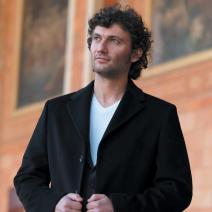