A study weekend celebrating the 150th birthday of Frederick Delius is to take place at The British Library in September.

Plácido Domingo’s latest operatic role, his career 140th, has led to a Twitter-based competition from the LA Opera.

Just in: Dudamel loses his #1 flute

The Detroit Symphony Orchestra is crowing at having grabbed principal flute David Buck from the Los Angeles Philharmonic.

Who’d appoint a choirboy to captain the national team?

Our new cricket captain, Alastair Cook, sang in the choir of St Paul’s Cathedral and won a scholarship to the associated school.

In Turkey, One City Fine-Tunes Rules on Percussion Players

Miss a Beat and Get Drummed Out; ‘We Don’t Want Amateurs Here’

Klaus Heymann: Defy Labels, to Be the One

There was a time, not so long ago, that Klaus Heymann was accused of trying to destroy the classical music industry. That was around the same time that the world realized that Naxos, Heymann’s budget-record label, was not just another series of CDs in the bargain bin.

The Pitfalls of Carrying Musical Instruments on Planes 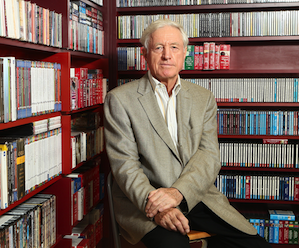