Janet Whitehouse, the former director of finance at the Royal Academy of Music who earlier this month pleaded guilty to charges of having defrauded the RAM of more than £230,000, was today sentenced to 20 months’ imprisonment.

Song of the suicided Bomber: How ‘Babur in London’ negotiated a cultural minefield

The daring new opera featuring British terrorists planning an attack is being staged next month.

A seven-decade old cultural taboo will be broken next month when an Israeli symphony orchestra will play works by Richard Wagner inside the country for the first time since the state’s foundation in 1948.

Sell-out Venezuela orchestra concert to be live-streamed on Guardian website on 23 and 26 June.

Now here’s one they haven’t tried before. The Britten Sinfonia want to hear from composers – but only if they haven’t been published before.

Hear the score behind the final Olympic film

Composer Thomas Hewitt Jones captures the spirit of the Games. 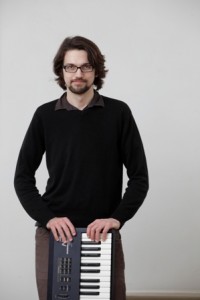