For the first time in six years, the strains of Tchaikovsky, Rachmaninov and Prokofiev rang out from the orchestra pit at the Bolshoi last night, as Russia’s most famous theatre reopened after a six-year closure.

A rare and welcome French Baroque Production by an English opera company.

The performances of Gianni Di Parigi and La Cour De Celimene prove this is a vintage year for Wexford Festival, but the longer-term forecast for opera in Ireland continues to look cloudy, writes Rupert Christiansen. 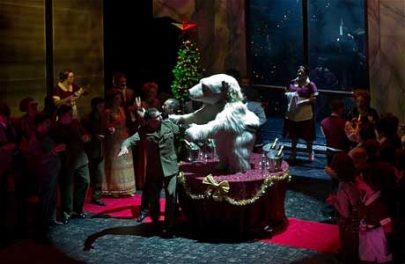