Anne Naysmith was the protégé of some of the most revered figures in classical music, including Sir Adrian Boult and Harold Craxton.

The Desert Island where Bach beats the Beatles

Coldplay join the paraorchestra of disabled musicians for closing ceremony

‘The Silver Violin’, Nicola Bedetti’s new album, has made it to no. 36 in the UK official album charts, coming ahead of pop artists like Justin Bieber.

Michael Seal stepped in tonight at Redefin to conduct the second tour concert with the City of Birmingham Symphony Orchestra after Andris Nelsons was rushed to hospital upon collapsing in rehearsal at the Rheingau Festival.

Hal David, Songwriter, Is Dead at 91

Hal David, the Oscar- and Grammy-winning lyricist who in the 1960s and ’70s gave pop music vernacular the questions “What’s It All About?,” “What’s New, Pussycat?,” “Do You Know the Way to San Jose?” and “What Do You Get When You Fall in Love?,” died on Saturday in Los Angeles. He was 91 and lived in Los Angeles. 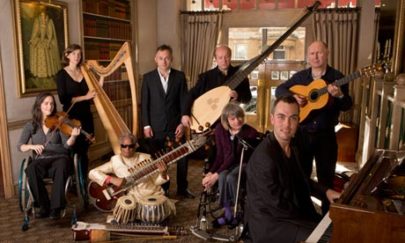