The choral conductor-composer has smashed the fundraising target for his Virtual Choir 4 project, raising $122,555 by yesterday’s deadline.

From A Land Where Music Was Banned — To Carnegie Hall

In Afghanistan, there was no sound of music when the Taliban ruled from 1996 to 2001. The Islamist militants destroyed music CDs and instruments and even jailed musicians.

Coughing, cell phones, Twitter and other taboos of opera-going

At a recent performance of “Tristan und Isolde” in Dallas, legendary tenor Jon Vickers stopped singing to yell at a coughing member of the audience, “Shut up with your damned coughing!” — and, amazingly, the incident is captured for posterity on audio.

Violinist Anne Akiko Meyers has been granted exclusive lifetime use of the 1741 ‘Vieuxtemps’ Guarneri ‘del Gesù’ following its recent purchase by an anonymous buyer.

Spitalfields Music Summer Festival runs from 7 June to 22 June 2013 and is a fascinating mix of contemporary music, community events and period performance, with some events mixing everything up.

The Winners of the International Classical Music Awards – ICMA 2013

The Jury of the International Classical Music Awards – ICMA announced the winners for 2012.

Royalty Clouds, believed to be the first royalty-based crowdfunding platform in the U.S., and Universal Media Consultants have established and partnered on a new advertising system for crowdfunders. 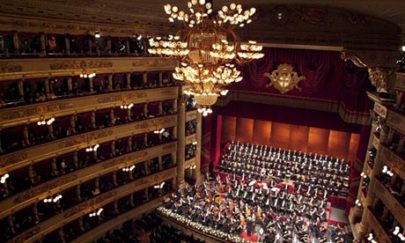