Just as François Hollande’s cash-strapped government pulls the plug on a score of expensive French state arts projects launched by his rightwing predecessor, one exorbitant aluminium structure has bucked the trend.

For the full day on Monday 7 January, you can watch – live and for free – life backstage at the Royal Opera House in London, with rehearsals, masterclasses and much more

Just in: Troubled tenor drops out of London Bohème

Rolando Villazón has had to withdraw from singing the role of Rodolfo in La bohème on 3 and 7 January, as he is suffering from acute bronchitis.

Concertmaster cuts the orchestra out of his will

The bitter lockouts of musicians in Minnesota and St Paul are reaping unforseen consequences – a weeping for generations. 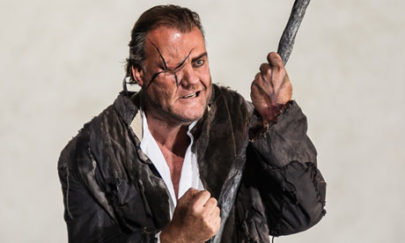