An off-peak return and a spot of JS Bach

Cellist Guy Johnston and others perform at a railway station

Think you know Beethoven, the composer of earth-shattering symphonies and gorgeous piano music? There’s a lot more to this musician than you thought, so our resident expert John Suchet is here to give you the facts about Beethoven, the man.

Scottish Opera orchestra to conduct its own affairs

TWO years ago it was at the centre of one of Scotland’s biggest arts controversies, which raised fears for its very future.

The Republican candidate seems to think it’s a vote winner. Here‘s what he said in the big debate.

Something for classical music lovers

This particular concert is the biggest display of British flag-waving you will ever see, both literally and figuratively.

Gwyneth Paltrow hopes to get the beat. According to THR, the actress — and part-time singer — wants to produce a musical about 1980s girl group The Go-Go’s. 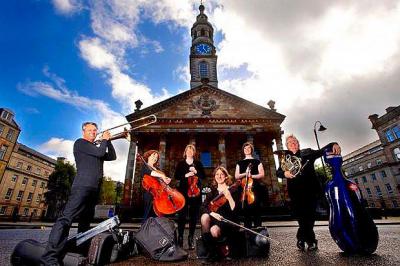