Three pianists have been named as winners in the RNCM James Mottram International Piano Competition after a week of heats and concerts.

British composer Jonathan Harvey has died, it has been confirmed by his publisher. He had been suffering from motor neurone disease.

Lancaster University is planning to suspend its undergraduate music course for a year, following a drop in student applications.

But many sit there idle and do not get played, according to a new survey.

Met’s Technology to Get With the Program

The Met’s technology has fallen behind European opera houses, where many of the directors bringing new productions to New York are used to computerized controls that produce precise results for increasingly spectacular shows.

The National Youth Orchestra of Great Britain (NYO) has been awarded the prestigious Queen’s Medal for Music at a London gala.

The 19th century’s equivalent of Phantom of the Opera

It was once the biggest hit in town, but will Meyerbeer’s opera ‘Robert le Diable’ work for the Royal Opera, asks Rupert Christiansen

Don’t cut the arts in schools

You have until Monday to take part in the Ebacc consultation — the exam threatens the creativity of our nation, says the Barbican’s Nicholas Kenyon 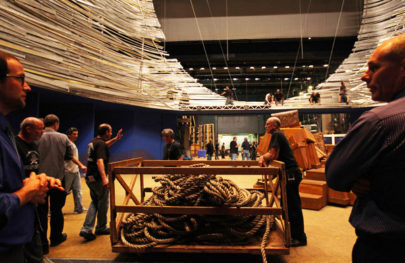