Dr Alan Walker, whose three-volume biography of Franz Liszt is now the definitive text on last year’s bicentenary supremo, has been awarded a top honour by the Government of the Republic of Hungary: the Knight’s Cross of the Order of Merit.

Omus Hirshbein, an arts administrator who directed important concert series at Hunter College and the 92nd Street Y, founded the New York Chamber Symphony and held posts at the National Endowment for the Arts, died on Saturday in Manhattan.

Frank Gehry To Try His Hand At Mozart.

Having designed the auditorium for the Walt Disney Concert Hall, the architect Frank Gehry is now turning his attention to the stage itself, creating a set for the Los Angeles Philharmonic’s production of “Don Giovanni.”

Opera Boston, which in late December announced it would shut down, sent an email to supporters and media on Wednesday, providing more details about its financials and the situation that drove the organization to close.

The Pasadena Symphony and Pops said Thursday that it has negotiated a new four-year contract with its musicians that will see their base wages rise by 5% over the course of the contract term.

Jonathan Biss: My Mission To Spread The Word About Beethoven.

Pianist Jonathan Biss talks to Ivan Hewett about his ‘Kindle Single’ in which he explores the mystery of the sonatas. 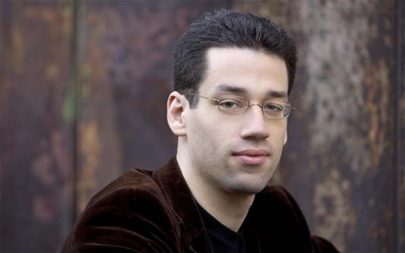