The Shard will open to the wrong music

The London Philharmonic is to mark the inauguration of the corporate monolith with Fanfare for the Common Man. Surely Elgar’s visions of the end of the empire would be a better choice?

The British composer, who’ll be conducting his own score for ‘Frozen Planet’ at the Bowl this week, numbers Henri Mancini, Mark Rothko and the Beatles among his influences.

In space, no one can hear you scream — but everyone can hear the classical music loud and clear.

Musicians against playing for free at the Olympics

A Facebook group, Musicians Against Playing for Free at the Olympics, has been started by Ashley Slater (formerly of Loose Tubes).

About the correlation of music and art in the Impressionist era, and why it was that it took about 20 years for composers to cotton on.

The lady who thought Bach was alive

The Times today carries a fond obituary of Lina Lalandi, founder of the (defunct) English Bach Festival who died on June 8, aged 91.

Alexandra Dariescu was fortunate to escape without serious injury when she was violently mugged for her phone in broad daylight on a London street. She has not let it get her down.

If you’re booked by the Johannesburg Philharmonic, watch out: they don’t play

We’ve been sent a translated article from the Afrikaans press and another from an English-language paper reporting continuing chaos and mismanagement at South Africa’s premier orchestra.

This is the world premiere of Beyond This, a 12-minute piece composed by a group of prisoners under the guidance of the composer Mark-Anthony Turnage and Sara Lee, the artistic director of Music in Prisons.

Performance available to stream online for 90 days from July 6.

The French pianist Brigitte Engerer was never a household name – and virtually unknown in Britain where she rarely performed – but was a popular and highly respected figure in the profession.

Presentation ceremony will be held during Leeds International Piano Competition. 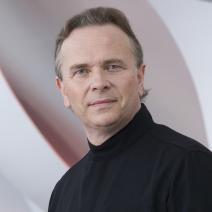