Sting and Lee Hall have pledged their financial support to the In Harmony North East Project.

Academy Award-winning composer Howard Shore’s soundtrack for The Hobbit: And Unexpected Journey now has an official track-listing and artwork.

On the eve of its comeback performance at English National Opera, conductor Martyn Brabyns explains why it has taken more than 60 years to bring this opera back to the stage

Tan Dun says he wants to rebuild bridges between the two nations. He called Russia ‘the homeland of music’, which ought to go down well in the US, where Tan Dun completed his studies and lived for two decades.

Michael Gove’s plan to marginalise the arts spells disaster, argues one of theartsdesk’s writers from the frontline

That looks a little fiddly! Musician gives up his cello to make the smallest violins in the world… and they’re yours for £1,000 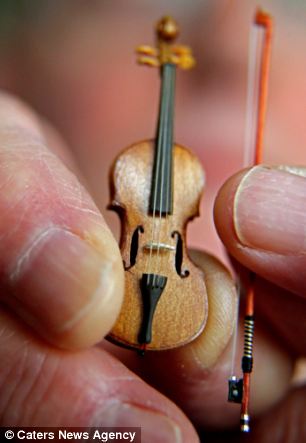