7th February: Beethoven on the Runway, EBaccs Scrapped and Who Was Mozart?

Wolfgang, Is That You?

In the impossible search to know exactly what the face of musical genius looked like, researchers in Salzburg, Austria, have made progress. Their subject was Wolfgang Amadeus Mozart, a local boy.

At Carolina Herrera’s fashion show on Monday at Lincoln Center, don’t expect to hear the Knife’s “Full of Fire,” Haim’s “Don’t Save Me” or Rihanna’s “Diamonds.”

Edward Said and Daniel Barenboim created the West-Eastern Divan Orchestra in 1999. The group is a rare, and virtuosic, collaboration between Israelis and Arab

How Music is Instrumental in Breaking Generational Barriers

Within the 21st century, there is a large barrier between generations. Parents have difficulty understanding their children’s individual expression while adolescents have trouble accepting their parents’ wisdom.

Kasper Holten, Director of Opera for The Royal Opera, makes his directorial debut with the Company with an exciting new production of Tchaikovsky’s poignant Eugene Onegin which will be broadcast live into cinemas worldwide on Wednesday 20 February.

Apple has announced has surpassed 25 billion sales of songs via its iTunes Store. 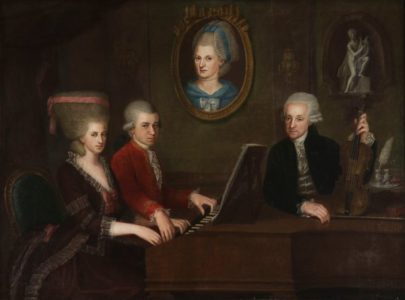