Rieu’s tour waltzes to Australia and New Zealand in 2013

King of the Waltz André Rieu confirms plans to tour in Australia and New Zealand in October 2013.

It’s the Musical America awards – probably the most prestigious in  music-biz terms in the US.

Do something NOW for kidnapped conductor. This means you.

Rodolfo Cazares, conductor at Bremerhaven, has been held by Mexican bandits for 16 months. The Mexican authorities are doing little or nothing to procure his release. Various musical visitors have spoken up on his behalf, but progress seems to be stalled.

Seventy-six Trombones, sir? Clearly you are not trying hard enough. Steve Parker’s recent Soundspace installment at the Blanton Museum searched for symmetry in a variety of ways, and nice round numbers like 80 seem to have fit the bill. 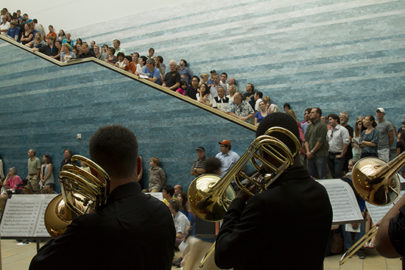